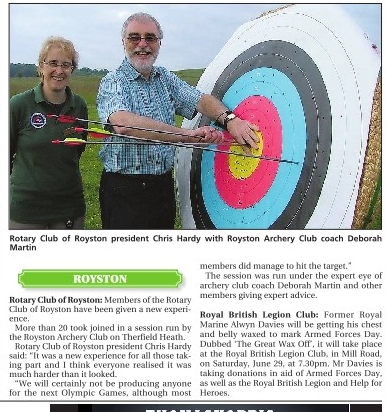 The Royston Rotary club all seemed to enjoy themselves, although none of us had remembered to bring a whistle! We were all treated to a very nice Fish and Chips supper at the Heath Bar afterwards, and the Crow ran a little article on the event the following week. The… Read more »

26 May With the completion of the spring beginners course the RHAC welcomes new club members. Membership now exceeds 50 for the first time in the club’s history!

I’ve added redirects from all the old pages to appropriate new ones so Google shouldn’t forget us. There are a lot of great new possibilities with a WordPress site. For instance anywhere on site that mentions a type of round, like Warwicks ← see that hover popup and link, I didn’t… Read more »

The official opening ceremony for the new range was a complete success. Everything went according to plan, and everyone who was invited showed up. The Mayor shot the first arrow and was then presented with that arrow by Dave (pictured.) The mayor has suggested giving the arrow to the Royston… Read more »

Our first shoot on the new range went very well. Setting up seemed considerably quicker, presumably because we had the 30 metre line already marked. We currently only have markings for 20 yards and 30 metres (Portsmouth and Frostbite) but we plan to mark other distances as needed. Imperial distances… Read more »

We plan to mark out the new range Saturday 17th March, and we’ll be shooting on there starting the next day, Sunday 18th at the new and earlier time of 10:30.

As Dave announced at today’s shoot, we have a signed lease from the conservators of the heath allowing us to maintain and shoot on the area behind the second small car park on Royston Heath. Apart from meaning that we can shoot more often and at our own choices of… Read more » 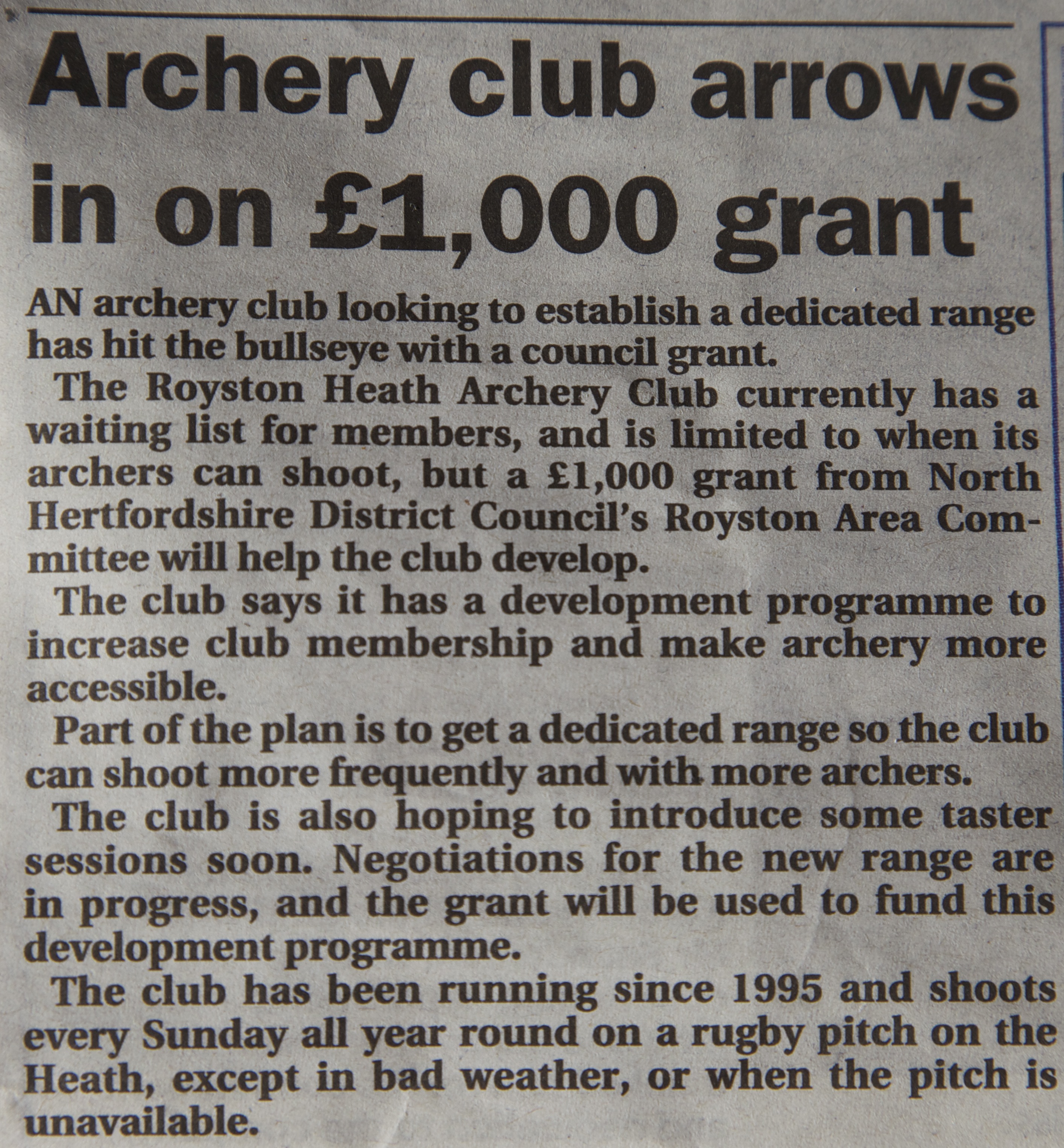 This week the Royston Crow ran a little article on our fund-raising activities. We promise not to crow about it (groan).

The club’s Constitution is now available on-line for you to read. It is also linked from the History page (if anyone can think of a better place to put it please get in touch.)