Interesting barebow techniques from way back in 1957.

Sunday 11th May 2014. An incredibly windy day. With so many misses and so much time spent looking for arrows the Windsor was first shortened to a :National and then to a Warwick. The full results are linked from our Competitions Page, but here’s the summary: Gents Recurve Team Bronze… Read more » 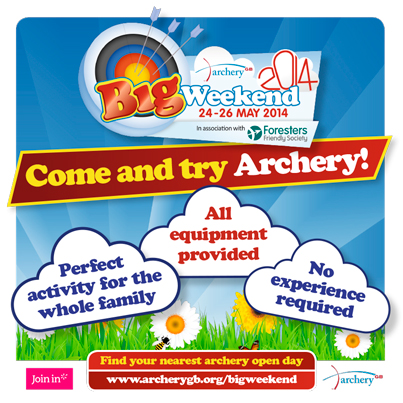 We’re taking part in the Archery GB Big Weekend this year by hosting a “come and try” at our range on Royston Heath, on Saturday 24th of May 2014, from 10:00am until 4:00pm. It’s free and all members of the public are welcome. There is no lower or upper age limit. All equipment is provided and expert tuition… Read more »