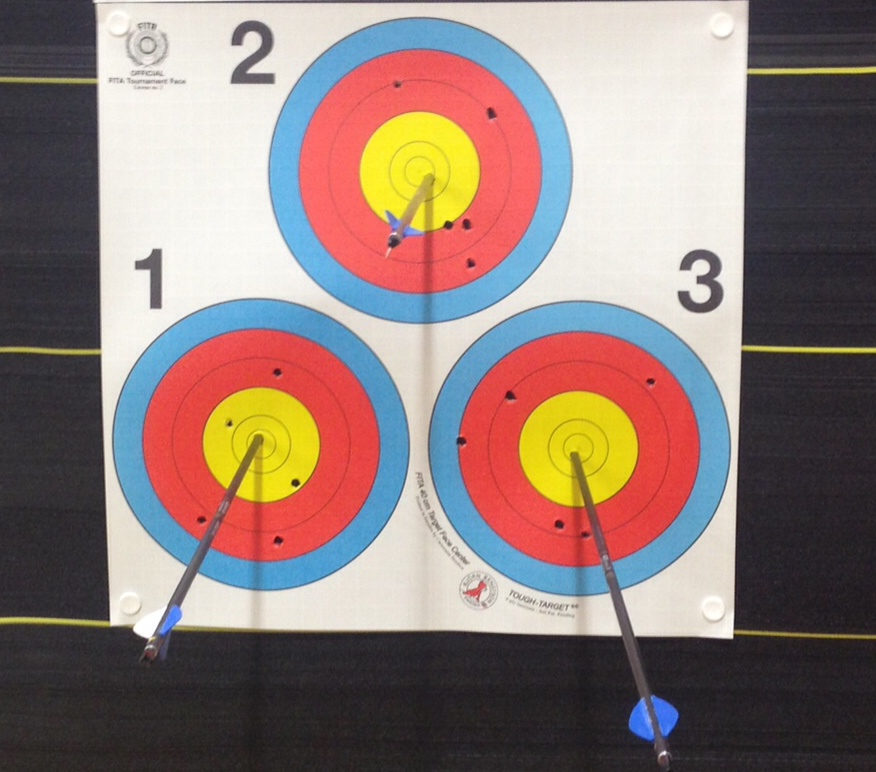 Lots of fun for everyone. Especial thanks to Michael and Elaine for arranging this and doing the Catering, and to Dave and Gaynor from Aim4Sport for their time and equipment.

Michael Peart and Nikki Hunt gave a seminar on recurve archery at Aim4Sport today, and Nikki brought along the Commonwealth Gold Medals she won at Dehli last year when she was still shooting Compound.